The 1st XI were put in to bat by the OSA skipper, Richard Tidball, in this 30-overs-a-side match and were given a flying start by Shian Braithwaite (30) before he was well caught at mid-off giving Harry Landymore, the youngest member of the OSA side, a well-deserved wicket. Things slowed down after Braithwaite’s dismissal and wickets fell regularly, but Maxwell Lewis batted sensibly to help take the score to a very respectable 177-6, thanks also to a whirlwind innings of 32 from Jack Warren, which included three huge sixes.

Then an excellent opening burst from 14-year old Jabez Weale (3-24) helped reduce the visitors to 60-6 before James Corry (57) and Peter Bowes (32) took the OSA to within 15 runs of victory. The boys saw the match slipping away, but with 7 required from the final over, another member of the U14 County Cup winning side, Carl Stanbury, held his nerve to secure a 3-run victory in what was an excellent match played in a good spirit throughout.

Mike Tucker, President of the OSA this year, was there to present the Man of the Match trophy to Maxwell Lewis for his all-round performance.

Thanks should also go to groundsman Alan Poole for preparing an excellent wicket, despite an invasion of crows the night before the match! 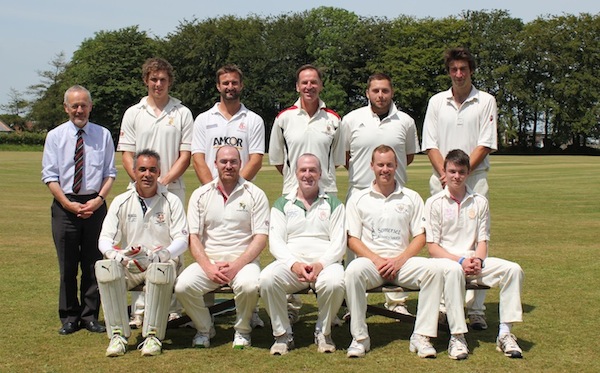